Note from Andy: A huge thanks to Sophia van Hees for sharing this guest post with us.

There’s a particular moment from my childhood that lives vividly in my memory. A group of boys in my class at school decided to block my path and insist that I say a word as loud as I possibly could. It seemed important to them that I prove I had a voice.

I remember being scared and confused. I also remember holding my ground and (silently) refusing to do it until they gave up and walked away. But this was one of the first times I realised that my natural state was not a good fit for the world I lived in. I was too quiet, too sensitive, too… not like everyone else.

The Quest for a Sense of Belonging

Needless to say, this constant tension was pretty exhausting and unsettling. I think a fairly natural reaction to this tension is to try to find somewhere to feel safe, to be accepted. So I spent a long time searching for somewhere to belong. But I was looking in the wrong places. I was trying to live a life that other people could understand. One that involved seeking external validation and traditional measures of success.

On the outside I probably looked fairly successful. I had a doctorate, got a job at a university in Canada, was in a long-term relationship, and lived in a fancy area of a big city. But underneath the surface I was deeply unhappy with my career, felt stuck in a relationship with someone who told me that who I am isn’t right/enough, and also totally out of place in the soulless posh neighbourhood I lived in.

“I Had Drifted Away From Myself”

All the little compromises I kept making were so gradual that I didn’t realise how far I had drifted away from myself.

Then 2020 happened. Things started to crumble. But there was also something about everything being turned upside down that made it feel possible to make big changes amongst the chaos. I had lost one of my jobs and my flight home to Australia had been cancelled indefinitely, but I still packed up my things and left my apartment and my relationship. Something inside me knew that everything had to change and that this was the time.

Of course everything didn’t suddenly fall into place. The days were pretty hard and lonely. But I began to slowly remember some glimpses of myself. Part of my new life involved going for long walks and listening to podcasts that sounded useful or hopeful. One of those days I stumbled on an episode about drifting. This lovely comforting voice put words to the things that I felt in my soul but hadn’t been able to articulate. I found out how it was possible that I had drifted so far from myself, and that there were other people out there like me, who wanted a different life than the one we are told to pursue.

“I didn’t just remember who I was but actually felt it.”

Towards the end of the episode there was mention of a course called The Return to Serenity Island. I looked it up while I was listening and realised it was a way to find my way back to myself. It was just one of those moments when something comes to you at exactly the right time, and I pulled over to the side of the footpath I was walking on to sign up immediately. It was probably the fastest decision I’ve ever made.

That evening I logged in to the course and pressed play on the first soundscape. I sat on the floor, closed my eyes, and imagined myself in this warm safe space surrounded by so many memories and things that I love. I cried (sobbed!) through the whole thing because I didn’t just remember who I was but actually felt it.

Over the next six months I designed and travelled around my island, reflected on what my values are, and connected with my core underneath all the unhelpful societal conditioning and expectations. I began rebuilding my life even though I don’t really know where I’m headed. I realized I don’t actually need to know where I’m headed.

I Discovered That I Do Have a Voice After All

Now that I’ve begun to experience a life that’s in alignment with my values, the world feels so much more expansive. I catch myself moving through the world differently – with a sense of curiosity rather than fear. There’s also a sense of calm confidence that’s starting to develop, different kinds of creative expression are opening up, and I feel other people picking up on this new energy.

No longer being afraid to live an unconventional life has been extremely freeing. But it also feels like an ongoing commitment to move against the grain, to keep intentionally choosing this path, resisting the pull of the drift. It means continuing to stand strong in the face of the people who want you to be somebody you’re not.

To be honest it’s quite an odd feeling to start becoming the person I wish I knew when I was just surviving life rather than living it. I’m becoming a person who can hold all the fears of that little girl who didn’t understand why she couldn’t be herself. A person who can support the woman who didn’t think she was talented enough, strong enough, anything enough. Someone who can start to heal these past versions of myself.

But I also realised that I’ve always been that person in a way. I’ve been able to feel her subtle presence through it all, even in the darkest of days. She was just ever so patiently waiting to come out into the light. To be seen, take up more space, and be wholeheartedly accepted.

Have you ever felt the tension between who you are and who you think you should be to fit in? It would be lovely to learn more about you and your story in the comments below? 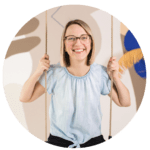 Sophia van Hees is a multi-passionate creative with a background ranging from art to linguistics to neuroscience. As owner of Brave Snail Designs, she embraces fearless creativity mixed with slow and meaningful growth. Follow Sophia on Instagram (@BraveSnailDesigns) to see what and how she is playing and creating right now.

While on The Return to Serenity Island Sophia shared her experiences of the course with me, and when she finished it I invited her to write about her story (so far) of returning and becoming. I was delighted she agreed!

Learn more about The Return to Serenity Island Course The world is full of noise and hostility. How do you connect with a sense of creative purpose in your daily life? This free series contains responses from some of the gentle rebels I’ve met and worked with over the years to six key questions we can use to bring meaning into everyday life.

Please confirm you want to block this member.

You will no longer be able to:

Please allow a few minutes for this process to complete.

You have already reported this .
Clear Clear All